Outdated browser detected Unfortunately we do not support Internet Explorer. We recommend that you use Google Chrome, Mozilla Firefox, or Microsoft Edge.
SHOP OUR EXCLUSIVE DEALS
*WHILE SUPPLIES LAST SHOP NOW › 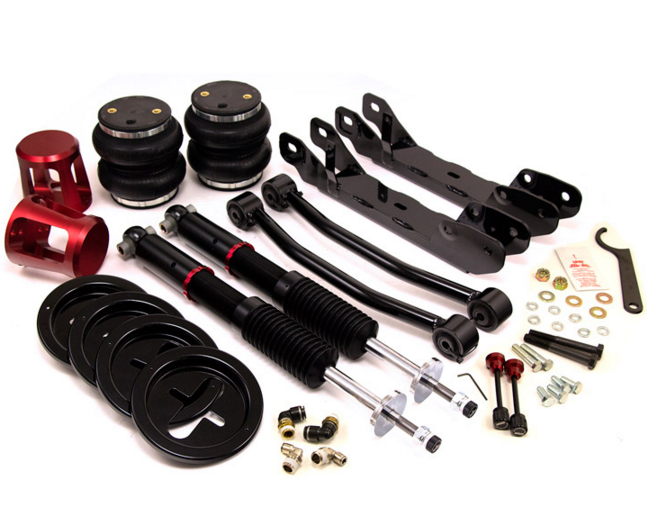 The product images shown are for illustration purposes only and may not be an exact representation of the product.

Free shipping to the lower 48

Get the stance you want and the performance you need with Air Lift's Performance air suspension kits! Every kit we offer is fully engineered to properly fit your vehicle, provide unmatched static drop, and deliver ride and handling capability that exceeds factory suspensions. No other lowering suspension provides a more versatile package for daily use.

Get your vehicle down! With almost 6" of drop and all the versatility of air, the Air Lift Performance kit is the best choice for show stance AND daily driving. Get the looks you crave with the performance you need!

About Us
We are dedicated to helping you find the perfect fitment for your ride while also bringing you the highest quality, affordable aftermarket parts in the world! We are truck and car enthusiasts who build their dream rides with these very products.

Shipping
Shipping times will varying depending on item and immediate availability. Many kits will ship in 3-7 business days while some other items will ship in 3-10 business days. We will email the tracking number to you within 24 hours once it ships to you, so you can easily track your package(s) from the us to your door. All shipping prices are based on the lower 48 states unless specified otherwise. Always inspect your items immediately upon receipt.

WARNING: This product can expose you to Nickel, which is known to the State of California to cause cancer, birth defects, or other reproductive harm. For more information, go to p65warnings.ca.gov.

Sign up to be notified when item is back in stock