Outdated browser detected Unfortunately we do not support Internet Explorer. We recommend that you use Google Chrome, Mozilla Firefox, or Microsoft Edge.
Now Accepting New Orders!
Due to COVID-19 and limited staffing, delivery times on wheel/tire packages may be delayed. We appreciate your patience and continued support with our business. HERE ›

If you're in the market for some new tires for your truck or SUV and you need something that will perform well both on and off-road, then chances are that you're looking at getting a set of hybrid tires. These are a couple of our most popular hybrid tires and we're going to find out which one is right for you! 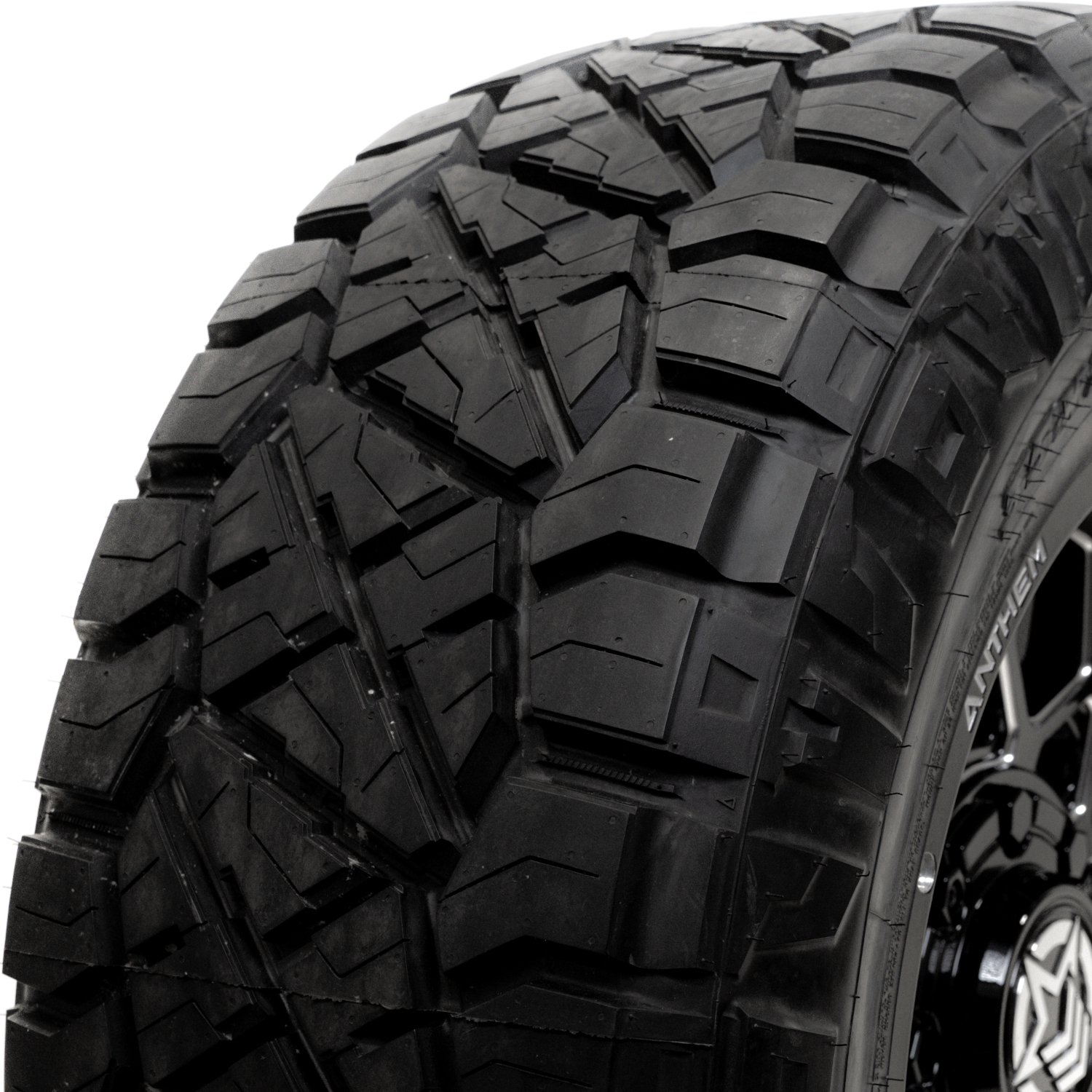 We'll start with the Nitto Ridge Grappler. This has been one of the most popular tires on the market. The Ridge Grappler is a hybrid tire, meaning it combines the performance of an all-terrain and a mud tire into one. These tires are for the person that likes to go off-road on weekends but still needs to drive their truck to and from work. The Nitto Ridge Grappler, in particular, is built off of an all-terrain platform. The benefit of doing this is that since the tread isn't as aggressive as some other hybrid tires, you won't hear as much road noise.  This can make all the difference when choosing your next tire package because road noise can play a huge part in the overall satisfaction of your new tires. 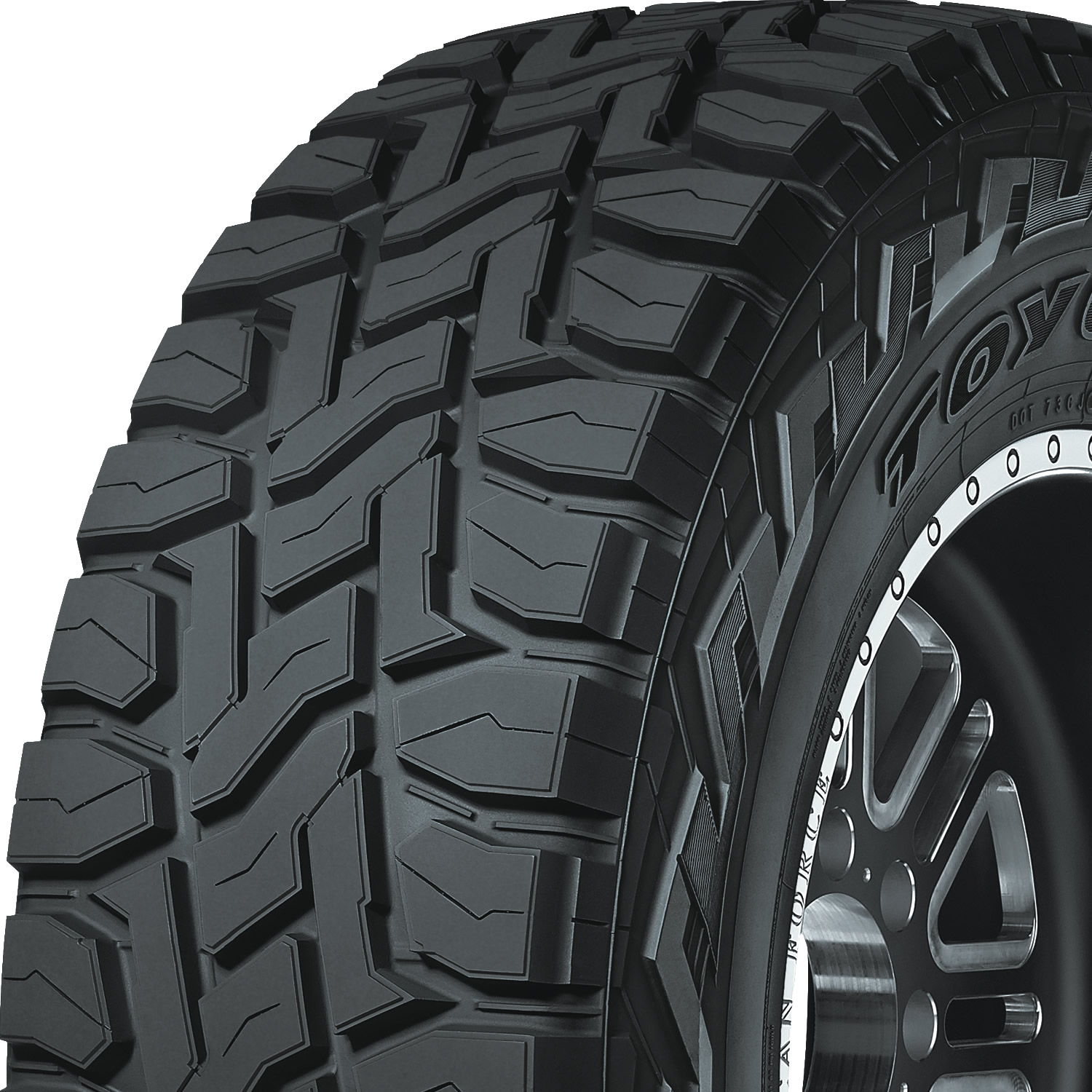 Now onto the Toyo Open Country RT. This tire is actually the brother to the Nitto Ridge Grappler as they are made in the same factory and have similar features in their design. For example, you'll notice that the Open Country RT has the large stone ejectors on the outer tread and more of a tight center section to help with road noise and to give you more mileage than you would see with a mud tire. Where these two tires differ is in the sidewall design. The design on the Open Country RT features a lot of sharp lines and triangular shapes whereas the Nitto Ridge Grappler has more of a block-style sidewall design. They're pretty similar in pricing too however the Toyo Open Country RT is just a hair more expensive by about $150. 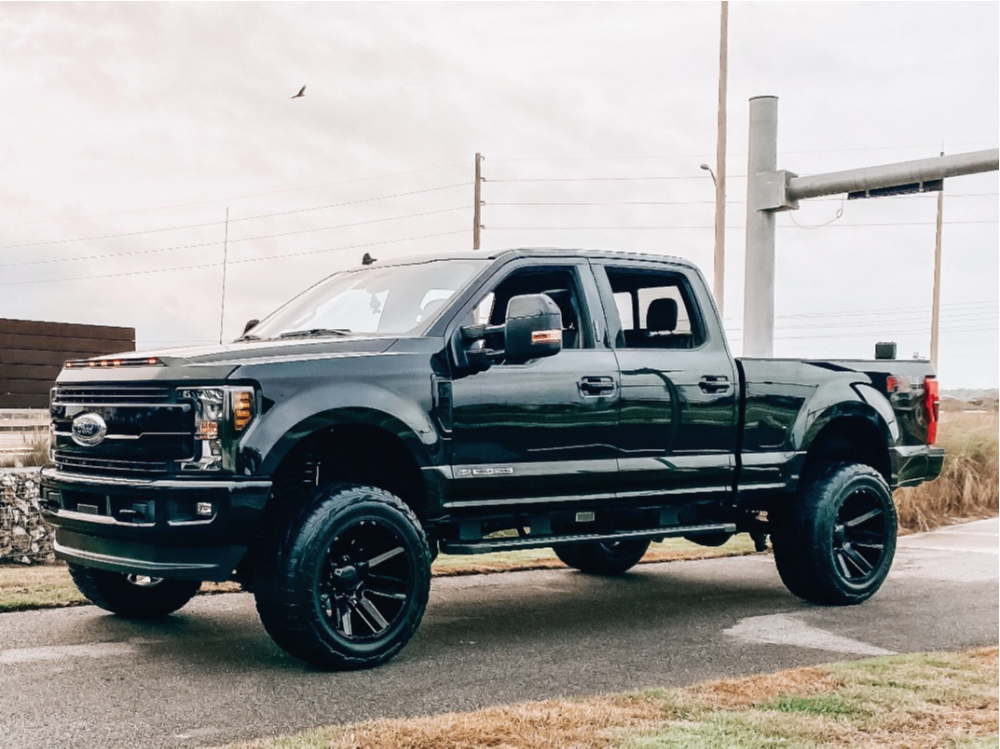 It's pretty much a toss-up between these two tires since they're made in the same factory, with similar designs and performance, as well as relatively the same pricing. However, the Nitto is the cheaper of the two and that $150 can get you some other cool accessories!